“We deal with 50,000 cases each day, and now we have accumulated more than one billion photos of accident claims,” he said.

He says " being an insurance company with a strong tech side has been a competitive advantage, despite some early friction. His team, responsible for P&C business, used to quarrel with the technology team."

Strong message to insurers in Europe, North America and elsewhere that it is in their own hands to steal a march over competitors. Full stack insurtechs like Lemonade and potential entrants from outside the industry like Google, Amazon or Tesla.

Paul Stanley CEO at 360Globalnet spoke of this very thing just last week. To put his comments in context his digital claims platform 360Siteview is now deployed by two of the world's five largest insurers, five of the UK's top 10 and has processed over 3.6 million claims. This is not a start-up but a scale-up!

Stanley said "Frankly we have more tech than this. What is described as AI clearly isn’t and I doubt estimating repairs works effectively in more than 35% of very easy scrapes and dings ( no pun intended there)".

He pointed out the main limitation to widespread adoption of AI- data; or more specifically a paucity of relevant data. "No one has the necessary access to the unstructured data or at least doesn't recognise the power of it".

Stanley pointed to the competitive advantage 360Retrieve brings to accessing, analysing and leveraging this data.

Take the massive amounts of disparate data sources required to estimate the costs of auto repairs & replacement using visual images. These  are under-estimated.  One billion photos sounds a lot but spread over all vehicle makes and models is a drop in the ocean.

Many companies are involved in applying AI to solve this requirement and you would expect to see increasing adoption. I bet a fair proportion of solutions will involve simple business rules rather than AI e.g. it is a fair bet that if the airbags inflated in the RTA, and the photo/video images show extensive damage that it will be a total loss.

Simple total loss or "repairable" decisions do not require AI; rather human intuition backed by evidence and technology. 360Globalnet customers practice this today.

The interesting solution is to fix the bucket (too large today) labelled "don't know- needs investigation" without having to send scarce and expensive engineers to visit vehicles on site.

360Globalnet is involved with business partners in this very quest e.g. using telematics data to recreate the last few minutes of the incident, assessing the angle of collision, kinetic energy on impact and using vehicle data estimate the cost of repairs. All technically possible but requiring analysis of tens f thousands of accidents to prove the value.

Nevertheless the message is clear- insurers looking askance at Ping An, Tencent and ZhongAn in China should not fear being left behind. In fact if they have the vision, leadership, culture and strategy they can compete with equal impact with technology partners like 360Globalnet.

It is a message that Paul Stanley has found challenging to spread as he explained.

"We have demonstrated the use of live-video streaming to foc vehicles remotely for years t but it took the RAC deploying the same to make customers sit up and take notice."

Digital transformation is more about culture and mindset than technology which is why Ping An, ZhongAn, Tencent and the like appear to be first movers.

Time for Western Insurers to be fast followers and command the high ground.

But A.I. technology still seems to be far from ordinary people’s lives. All these interviewees told DigFin that their claims are still handled by insurance agents sent to accident scenes. And the whole compensation procedure still takes days or weeks. This seems likely to change as the quality of companies’ data libraries improves. With more usage of Ping An’s app and its Trust Claim, it will accumulate more data per incident. But how long will mass adoption take? Two years into the launch of the first A.I. for auto insurance, it’s still niche in China. Insurers like Ping An and PICC don’t have to fear an internet company...yet. 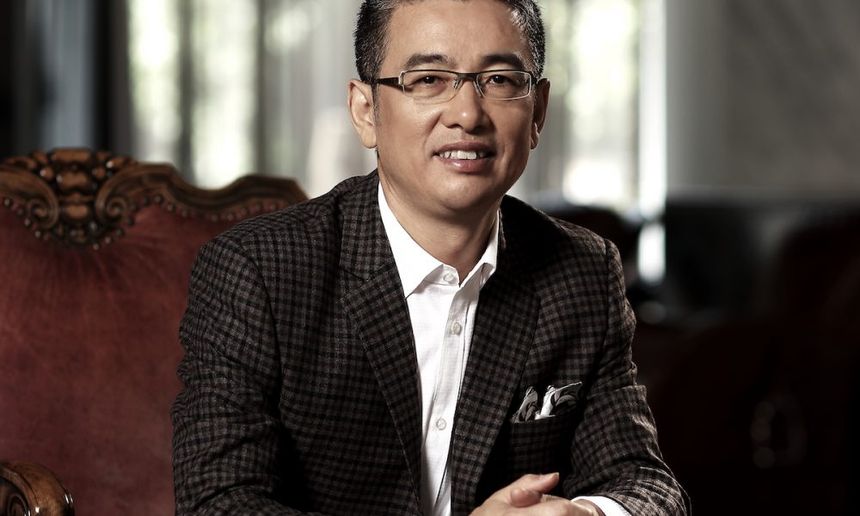 Ping An: why we can beat fintechs for auto insurance - DigFin https://t.co/XD4tTd27hU

Ping An: why we can beat fintechs for auto insurance https://t.co/jk0oNUbeF0 pic.twitter.com/YFYmxJ4eF3

One of the single most important thing every auto insurer must do to remain competitive is to leverage Digital Claims #Telematics technology and services to increase efficiency and lower their combined ratio: https://t.co/6e2PBQbEdn#Mobility #FinTech #InsurTech #BigData #AI pic.twitter.com/D0lXJ2FuUa

EIOPA´s report on the use of Big Data Analytics in motor and health insurance just published! Interesting reading for all who are into #InsurTech and #fintech https://t.co/Hyj2UPf1O9 #bigdata #ai #ethics #cmu #eiopa #insurance