If you were to truly to follow the age-old advice "FOLLOW THE MONEY" then heed Covea CEO Adrian Furness's advice and look at claims. This part of an insurer's business generally lags behind the new areas of  product development, Quote & Bind and distribution when it comes to C-Suite time and investment in innovation.

In the UK Altus Consulting audits digital maturity each year and claims is the poor cousin as you can see below.

That investment in claims digital transformation is mostly at the FNOL stage and with less success in the validation, estimation and triage stages.

The new 2021 data did not change this a great deal.

You wonder if a lack of C-Suite focus on claims is one reason for this.

Adrian Furness used his keynote speech at the "I Love Claims" Motor Claims Conference in London to champion the role of claims within insurance while also calling on the industry to stop ‘shooting itself in the foot’.

"Adrian, who has been at Covea for 26 years and risen through the ranks to CEO, was interviewed during the event by ILC founder and chairman, Chris Ashworth.

Adrian said, “Claims is absolutely at the heart of what insurance does. It’s what the customer is buying. I think sometimes we forget there is a customer at the end of it, and there is a traditional view in the market that a claim is a claim is a claim and everyone in the industry deals with it the same way. But that’s not true and if you want to know how successful you’re going to be, look in your claims department.

“Claims is also important because, actually, we spend all the company’s money. It’s where the service is and it’s where the money is.”

Adrian believes claims is so central to an insurer’s role that he ensures every senior appointment at Covea spends a day in the department to better understand its integral role. But this focus on understanding each other’s challenges to better work together is nothing new for him. Cooperation, communication and empowerment have been central themes for Adrian ever since he entered the industry with Endsleigh Insurance.

He said, “They had this amazing culture at the time that was all about recruiting young people, empowering them, and enjoying what you do. They wanted to present insurance as something other than a male, pale, stale industry, and that has really stayed with me.”

..... while he is focused on culture within his own company, he is equally concerned about the culture of the wider industry. He argues that too many businesses are driven by short-term gains to the long-term detriment of the sector.

Source: I Love Claims- full transcript in link below.

For all the innovative technology in the world, unless the CEO and C-Suite take a long-term vision, goal and strategy shared with the whole claims team which is given the resources, capabilities and support to achieve the objectives then all digital transformation projects will achieve limited success.

Too often the short-term quarterly reports get in the way, the ability to milk the existing customer base, and the barriers to new entrants to the market. That is changing so it is so refreshing to see a CEO who has come up through the ranks state the obvious.

When the carrier has the culture, strategy and necessary resourcing in place to which technology partners should they turn to for a long-term partnership? It is arguable that too many of these partners have for too long charged eye-watering fees for leviathan core systems that are a challenge to upgrade and remain current and competitive.

On the other hand many new digital upstarts have partial solutions without the resources and scalability to deliver the competitive advantage necessary to remain a leader. The fabled end-to-end claims platforms often have significant gaps and lack the internal resource to deal with integration of digital claims with legacy core systems or even the current core systems like Guidewire, Duck Creek, Majestic et al.

Data data, data is core to the mantra to enable data-driven decisions and all AI powered applications need data to succeed. Being able to deliver a unified and single data model for the whole business, including claims, is a vital necessity. Be careful to delve deeply into the capabilities of potential technology partners.

Some have it and some do not and it will be to late if you find out after the initial POC and  first production deployment that the partner lacks the pedigree, stamina and resources.

What is true though is that if you have the backing of a CEO and C-Suite like Andrew Furness the Claims Organisation will be in the right place to share requirements and strategies with technology partners that can help shape the best possible outcomes to be competitive, profitable and successful against potential disrupters.

I have already written about achieving this in two articles about motor and home insurance and will be updating them in the near future with data from Altus and briefings from technology vendors.

Why are insurers' property & contents claims management processes stuck in the analogue mud rather than digital uplands?

Auto insurance, digital maturity and how to transform it

“Claims is also important because, actually, we spend all the company’s money. It’s where the service is and it’s where the money is.” 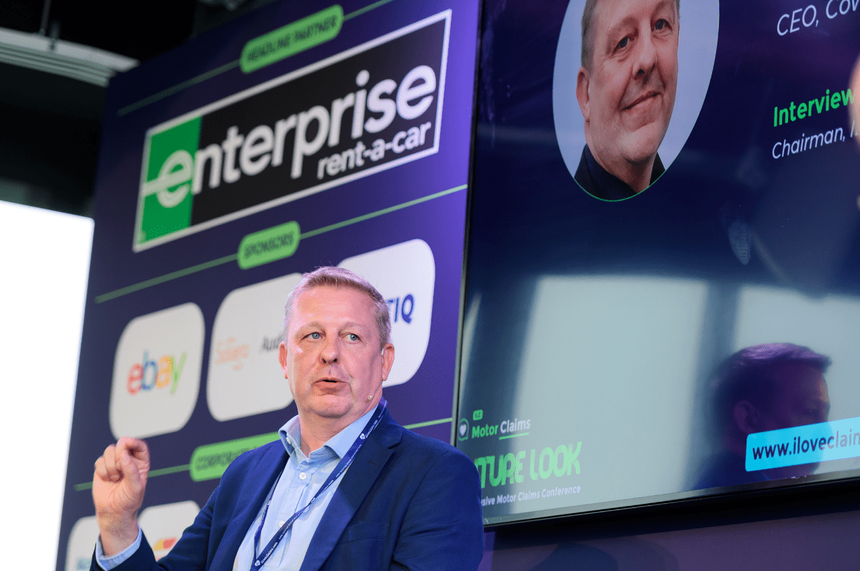 CEO @CoveaInsplc Adrian Furness @FurnessAdrian used his #keynote interview at the ILC Exclusive Motor Claims Conference to champion the role of claims within insurance while also calling on the industry to stop ‘shooting itself in the foot’.