LexisNexis has predicted that 80 percent of auto claims will be virtual in 2025 — just four years from now — and leading insurers’ recent accounts of COVID-19 digitization give apparent credence to this theory. As always the devil is in the detail and more complex than just leveraging photos and video.

"As for its impact on the collision repair process, “it really depends on the carrier,” he said.

Some are very fast, and the claim is “extremely easy,” Griffin said. Others are trying to figure out if photos depict the assessment they’re seeking, he said.

However, he also spoke favorably of photo estimating by a shop. He said his shops had done many photo estimates over the past year, and they produce customer “trust and loyalty.” Do a photo estimate, then call the customer and schedule an appointment to “get it truly assessed.”

Burnett shared a similar account. USAA had “played with” the concept of virtual claims pre-pandemic, but it never “fully put the gas down” the way policyholders wanted until the pandemic, he said. Leveraging photos and going “full hog” on virtual let USAA serve its customers, he said.

The repair network operators see a varied response from carriers however. State Farm and Liberty Mutual might be in the forefront but others are obviously lagging behind. Not all claims management systems are flexible enough to adapt to the varying regulatory constraints of different US States.

The prize to be won by carriers and repair networks is great. It might be virtual for a customer and the adjuster but until a vehicle is self-healing there still hands-on tasks involved. And the significant indemnity cost items like TOTAL LOSS reported to be as much as 40% of indemnity cost and 50% of complaints in the USA.

Bring lead-times down to 3 days from 15 and the benefits can be enjoyed by all.

And this is a global issue to address. In Europe 360Globalnet has enabled virtual inspections to be integrated as part of the overall claims journey i.e. the photo and video images plus metadata an integral part of a single digital claims record to help manage all the participants involved. All working from a current and accurate digital record for transparency. Engineers able to collaborate with onsite technicians to assess damage, repairs and lead-times.

Like everyone 360Globalnet is testing the limits of AI and big data to manage damage and repair or treat as total loss. The 80% accuracy claims are being reviewed and many carriers using Tractable, Audatex and other partners to automate as much as possible.

The different regulatory issues impact this of course; can reclaimed parts be used for example. Again a highly configurable and customisable platform like360SiteViewis a technology enabler for the large number of permutations involved in different markets.

In the long-term of course it is  likely that insurance will be by product liability as autonomous vehicles replace driven ones. So 80% of claims virtual by 2025 is a step to all claims being virtual but managed by whom?

The nation that invented the heart of the car at the dawn of the 20th century might struggle to adapt to the coming electric era.

Maarten Ectors gave a brutal assessment of the competition facing auto manufacturers in "Digital transformation and disruption: the future of cars". His post is about how disruption has impacted the car industry and what the future will be for car owners, manufacturers, suppliers, disrupted and disruptors. Spoiler alert: no more petrol heads and you will not own a car.

Back to the here and now. Virtual inspections were born out of lockdown adversity and have become an essential tool in a carrier's digital toolbox and those in the supply chain. They are step on the way to the post combustion engine era which is not far way now. Those carriers that master digital transformation now are in a far better position to avoid disruption in the future.

Would love to hear your views;

The prior day of the MSO Symposium saw dealership and other collision repairers discussing virtual efforts by insurers and at their own auto body operations. “The word virtual is huge,” Berkshire Hathaway Automotive national collision director Darren Huggins said during a dealership collision MSO panel Nov. 11, 2020. Many carriers “won’t even come to the shop,” he said. 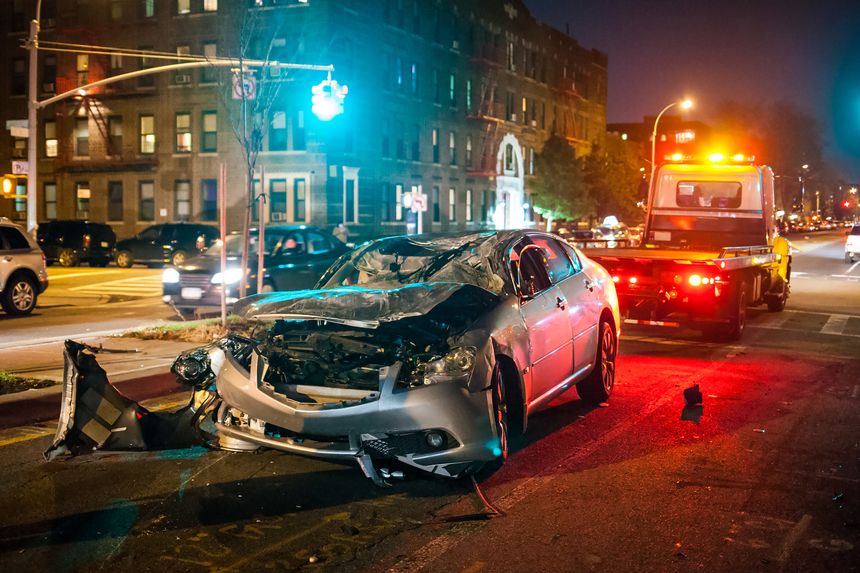 The demand for digital and contactless processes is coming to the insurance industry (and at pace, too). As seen in @PC_360, there is an expectation that, by 2025, more than 80 percent of the auto claims processed will be virtual. https://t.co/CVqSmKTohc

Hugely excited to announce the Auto Insurance Virtual Roundtable Week this 15th-19th March. Join us as we explore what solutions the insurance community should be looking to in 2021. Download our sponsorship prospectus here: https://t.co/jRfUPzXy4P #claims #insurance #auto pic.twitter.com/OzWeJopEVV

It is no longer "if" but only "when" the auto claims management process is virtual and touchless. @BillBrower5, Head of U.S. Auto Claims Strategy, LexisNexis Risk Solutions Insurance should know, considering his industry experience…https://t.co/FvzMbAYHMK https://t.co/xxtJzFr5Tl