The nation that invented the heart of the car at the dawn of the 20th century might struggle to adapt to the coming electric era.

Tesla is streets ahead (sic) of other auto manufacturers when it comes to software and data management. All the might and money of VW data mastery does not make! Despite a $50billion plan to beat Tesla its inability to integrate the disparate software and sensors in the new e-Golf short-circuited the plan.

Palmer says "We are 14-19 years away from America’s largest automaker forcing a transition away from fossil fuels. Let that sink in for a minute, then develop a few investable hypotheses for this timeline. "

That timeline is very short! GM might have only made small steps to embed insurance in its offering leveraging OnStar but one small step for GM and........

The there are the OEMs and don't forget them. German giant BOSCH manages millions of vehicles and triages mobility needs globally.

It is at the heart of managing and preventing risk.

Insurers talk enthusiastically of ecosystems and so they should but as the trend moves to prevention  rather than cure and away from vehicle ownership to mobility as a service they will have to strive hard to be at the value-add end of the ecosystem rather than the commodity end.

It is no coincidence that I wrote of the insurance CIO/CTO dilemma a few days ago.That was driven by insurance CIO Duncan Douglas of Columbia Insurance.

He says"  The dilemma arises when a CTO/CIO is hired or directed to digitally transform the organisation. A killer strategy without trauma or taking resources away from keeping the core systems running. Duncan says this approach is doomed to failure."

Then: "Digital disruption is a not a technology strategy; it is a Business Strategy that tightly integrates technology. "

This requires much more than just UBI auto insurance and disrupters like ZEGO and others are forging ahead in this area.

As you develop this strategy remember that the moment a customer really needs help is when the vehicle breaks down or worse still driver and passengers are involved in a road-traffic accident. That is when the runner literally hits the road. Whatever strategy you adopt make sure the claims management platformdelivers the service the customer desperately needs from beginning to end. Automation is not enough as triage and vehicle repatriation across borders involves the optimal combination of digital and human integration.

Would love to hear you views- email me at Mike.Daly@360Globalnet please.

A visitor can see that 625-horsepower engine—more than twice as powerful as the original from 1985, a luxury product relentlessly branded as “the ultimate driving machine”—then walk around the corner and see its puny electric replacement. You start thinking the better slogan might be “the ultimate combustion engine.” As in: last of its kind. 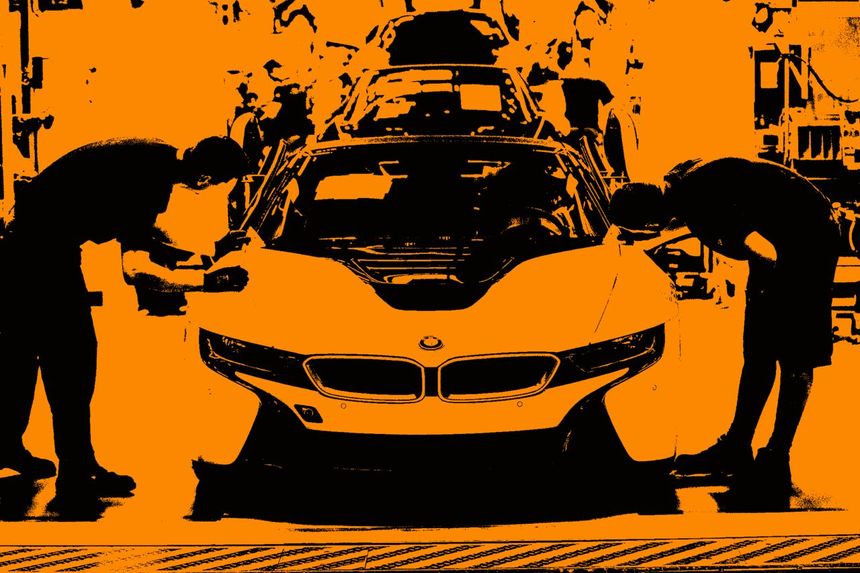 I've been following this for a while now- the impact is going to be huge. This @BW article on BMW engines lays it out: from 1,200 parts to 24 parts changes everything. https://t.co/EPb4eRUQFR #Industry40 #FutureOfCars https://t.co/HCRIkNRN4X

The US automakers didn't want to be behind the rest of the world on climate change.

Germany went all-in with their electrification program - when we slept for 4 years after starting the trend. https://t.co/15w3uAU2uZ

How Volkswagen's ID.3, the automaker's long-awaited answer to Tesla, was beset by faulty in-car software, prompting a reboot of the company's software business https://t.co/cZaudS1Epi pic.twitter.com/KqTPaMptA8

How did Volkswagen’s $50 bln investment to beat Tesla go wrong? #culture "The biggest challenge isn’t the technology, it is the mind-set of the employees—their reluctance to embrace radical change." Valuing #adaptability helps innovation to thrive. https://t.co/M5K1uCdXOh