Trōv is credited with introducing numerous digital solutions that inspired the transformation of the insurance industry over the last several years, including on-demand insurance, claims-chat, micro-duration policies, and all-digital user experiences. Most recently, the company launched its embedded insurance platform, public APIs, and developer support tools to enable companies to distribute insurance products within their existing digital applications.

It shows the challenge facing insurtechs to either stand on  their own feet as full stack insurers or technology partners to incumbent carriers, reinsurers, brokers and MGAs. Add to that the number of such companies is growing geometrically.

Trov had a good product but the go to market journey is arduous and risky. Too many insurtechs rely on just one major customer for cash flow. Should they not relicense they are literally stuffed.

Geoffrey Moore famously charted the dangers in "Crossing the Chasm".

The chasm represents the gulf between two distinct marketplaces. It falls between an early market dominated by early adopters and insiders who are quick to speculate about the benefits of the new development and the conservative mainstream market where the financial returns can be delivered.

It is important to be clear an initial boost in sales is likely to be the early market and not, as it is often mistaken for, the first indications of an emerging mainstream market

When promoters of high tech products try to make the transition from a market base made up of visionary early adopters to penetrate the next adoption segment, the pragmatist early majority, they are effectively operating without a reference base and without a support base within a market that critically demands both references and support.

Moore sees four fundamental characteristics of visionaries that alienate the next market’s buyers, the pragmatists:

These differences demand that you market and sell to these two types of client in very differently ways.

Whilst visionaries reference innovators, Moore stresses the importance of the fact that mainstream market customers reference only each other when making buying decisions in the high tech market. The gulf in attitude to technology and innovation between the early adopter and the early majority buyer is such that a visionary reference is worthless when presented to a pragmatist. Pragmatists want references from peers.

Incumbent insurers will want proof that insurtechs have the people, resources, capabilities and cash control to cross the chasm. The people that launched the company are often not the ones to take it into mainstream.

Trov has weathered that chasm by the Travellers acquisition which was probably at a very reasonable price for the technology and people. Keeping the Trov team is hopefully good for both companies.

We will see more acquisitions like this and not all will be as comfortable- some will be far more bloody. On the other hand there are a minority of of unicorns that are proving able and crossed the chasm such as Tractable, Zego, BoughtbyMany.

Others are getting the management teams and funding to keep on that track.

Trōv, one of the earliest and most widely recognized insurtechs, today announced that its technology has been acquired by The Travelers Companies, Inc. (NYSE: TRV), a leading provider of property casualty insurance for auto, home and business. Most members of Trōv’s team have also joined the company. Terms of the transaction were not disclosed. 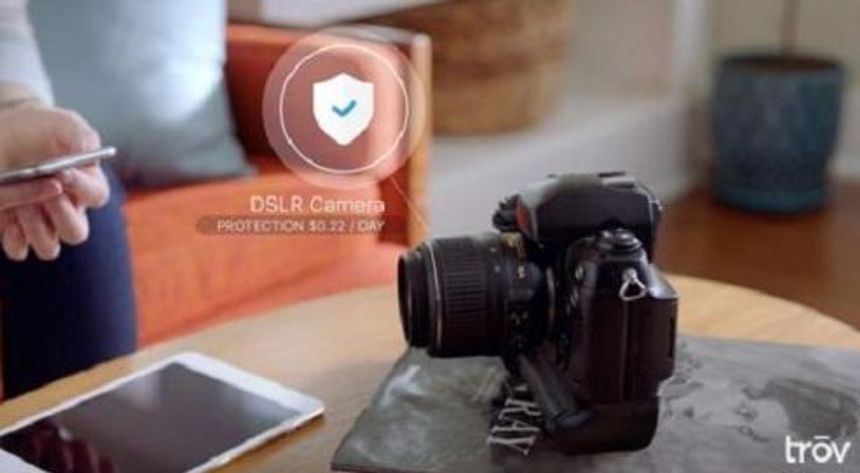