In the first six weeks following the launch, hundreds of Allianz staff processed around 145,000 transactions supporting over 10,000 international accident claims.

As with most blockchain projects that reach deployment, the solution addresses a tricky business pain point. If a customer is insured by Allianz Hungary and gets involved in a car accident in France, the claim involves both Allianz Hungary and Allianz France, two separate legal entities. What ensues typically is back and forth email communication between the companies about the details of the claim, something that can take weeks and now takes minutes.

By using blockchain, there is a single source record of the decision about each claim. That cuts time spent on administration and hence cost, and it means the claim is settled faster for the customer.

The currently deployed version is the minimum viable product, with the aim to flesh it out by the end of the year, including generating bills and integrating with the core insurance platform. Crozier considers what they have so far as the building blocks to extend the solution outside the company to repair shops and manufacturers for connected cars. Now the solution is up and running, initial business outreach has started.

Interesting to see how this develops and whether or not it could be a cross-insurer platform to asses and  manage liability.

Crozier said it would be considered but believes it is a bigger challenge. “We all have to be at the same speed to be able to do that,” he said and noted the solution is designed to work with any core insurance platform. 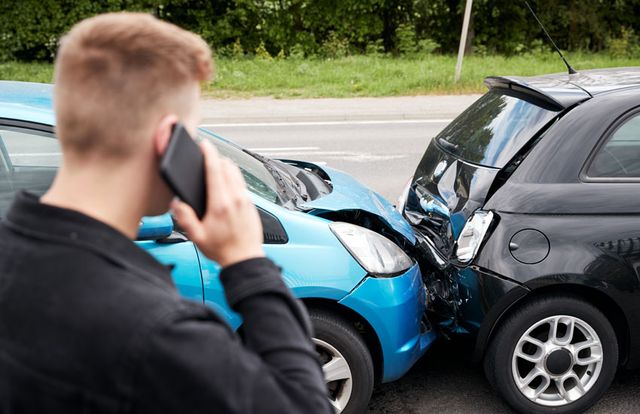 When someone submits an auto accident insurace claim, Allianz Hungary would determine it’s a cross border claim and use the international claims portal, which is connected to the country’s node on the Hyperledger Fabric blockchain network.https://t.co/LXikQgRkWp

.@Allianz has launched a #blockchain solution to streamline these sorts of cross border #insurance claimshttps://t.co/PoOyGmUOCB