"Despite increased take-up by rising middle classes in emerging markets, global premiums grew in real terms by only 1.3% annually over the period, to $5.2trn. The world economy managed twice that."

Is lack of innovation a reason?

The Economist goes on to state: - "No insurer ranks among the world’s top 1,000 public companies by amount invested in research and development. Insurers allocate an average of 3.6% of their revenue to computing technology—about half the share that is typical for banks. In a study of 500 innovation topics across 250 firms Ninety, a consultancy, finds that many insurers are working on the same narrow set of ideas. Some of the noisiest, such as blockchain, are the least productive."

This is backed up by the InsuranceNexus "Connected Claims Report 2019". which identifies that investment is insufficient to effect connected claims transformation. The report goes on.. "Understanding of connected claims value is not matched by investment plans".

As claims is the main point of engagement between a carrier and its customers this suggests a serious innovation gap which may explain that global premiums growth is just half that of the world economy. Where there is a proven "protection gap" (i.e. insufficient insurance coverage) that is worrying for carriers.

The Economist describes re-insurers like Munich Re ready to tackle this gap and there is always the ever present threat of tech giants like Amazon and Google tackling that gap.

That would deliver reduced costs of claims, higher customer satisfaction and more efficient/happier claims teams freeing up time, resources and money to focus on product innovation. There are numerous case studies of digital claims being deployed in 60 to ninety days (can be even sooner but RFPs and procurement processes are normally the hurdle to climb). That is why it is refreshing to meet Chief Innovation Officers like Maarten Ectors at L&G that consign RFPs to the analogue dustbin. Maarten thrives on iterative development and constant innovation focussed on the customer and not the insurer's back-end constraints.

I have attended workshops run by Ninety Consulting which has a pedigree of delivering "insurance ideas to market in 60 days".

No insurer ranks among the world’s top 1,000 public companies by amount invested in research and development. Insurers allocate an average of 3.6% of their revenue to computing technology—about half the share that is typical for banks. In a study of 500 innovation topics across 250 firms Ninety, a consultancy, finds that many insurers are working on the same narrow set of ideas. Some of the noisiest, such as blockchain, are the least productive. 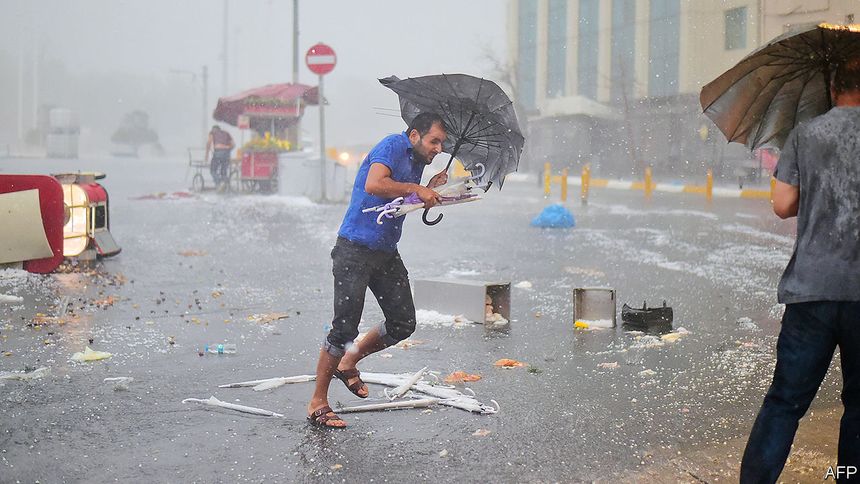 Digital entrepreneurs have spied an opening in the slow-moving insurance industry https://t.co/nwLHZZBw2W

The future of insurance is happening

Nice mention of Ninety Consulting in @TheEconomist. Our views expressed by @DanWhiteNinety on the challenges and opportunities faced by insurers to innovate. https://t.co/xIevtpYdJm#Insurance #Insurtech #Innovation via @MatthieuFavas

🚀 Interesting read for Sunday evening by @TheEconomist. Our chairman of the board Tom Van den Brulle is even part of it, talking about #innovation at @MunichRe and hiring 200 data scientists. https://t.co/OH8XbnWRA3