This gives auto OEMs a strategic headache; most have a legacy core strength of designing and building ICE powered vehicles but production will switch to EVs entirely which are basically software, body, battery and electric motors. BMW, Daimler, VW, Toyota, GM are all managed with this legacy mindset.

Only one volume manufacturer starts with a clean slate and complete software/battery/tech platform mindset- Tesla. Legacy OEMs i initially prophesised bankruptcy and though suffering many a wobble Tesla has scaled up and each day generates more data from its autopilot in every vehicle than all other OEMs combined.

In  North America, Europe, China, Africa, Asia. Data is the key to AVs and Robotaxis.

That is why many look to Apple to design a technology platform- basically an iPhone on wheels. However, it has zero mileage, zero data and zero manufacturing capacity itself. In fact it outsources manufacturing. Then, lo and behold one of its major manufacturing sources, Foxconn plans to manufacture an EV itself.

See Foxconn the carmaker? Disruption in the era of electric vehicles

What about that other data giant Alphabet/Google?

Google’s artificial intelligence capabilities are next to none. They know how to make specialised deep learning hardware. So why are there only a 100 self-driving Google cars and all of them in sunny Arizona? The answer is Google does not have the same quality of data. Elon has in the last years put a super computer in each Tesla. Every Tesla driver is “spied upon” by their car. The auto pilot, even when not turned on, will make predictions about what the human does. If the human acts differently than the predictions then this data can be used to improve future versions of the software. Also all cameras on the vehicle are continuously on the lookout for new situations they have not seen, e.g. stop signs that have graffiti. All these situations can be centrally queried by Tesla HQ, e.g. please provide images of stop signs painted with graffiti. Again this can be used to train future auto pilot updates.

Unfortunately Google, unlike Tesla, has not got hundreds of thousands and soon millions of human drivers going everywhere in the world and seeing the most absurd real situations, e.g. how many rhinos on the road has Google shown to their auto pilot? There aren’t lots of rhinos in Arizona, however Teslas in Africa might spot several. This is the Elon magic and the real reason why Tesla’s autopilot is years ahead of everybody else. Tesla is only a few years away from being able to offer Robot Taxis while its competitors are still struggling to move from ICE to EV

Of course ICE auto manufacturers will fight back. VW is committed to transform itself into an auto software company and spend  60billion euros in thee process. Even so its flagship ID3 EV launch failed to launch as a fully integrated software platform so there are miles to go to catch-up with Tesla.

VW and Daimler plan to catch-up with their own proprietary platforms though their MO has always been to partner with the component suppliers like Bosch which itself plans to deliver electric vehicle platforms just like Tesla.

It is a confusing matrix of partners, go-it-alone OEMs , auto OS developers, digital giants and even outsourced manufacturers fighting for the future of cars.

Whatever happens you can be sure to see disruption. The ultimate goal of Apple, Tesla, Google, Amazon and the OEMs is to grab a major share of the replacement of the world's 1.4billion cars with AV Robotaxis on demand.

Don't forget trucks by the way. It is more likely that AVs will hit the highways as trucks point-to-point between distribution points on highways with goods transhipped to Homo Sapiens driven trucks and vans for local delivery. AV easier on straight highways and far more complex on streets crowded with unpredictable humans on foot and in cars.

Whichever way this pans out has a major impact on insurers. Either they become Mobility Services Leaders with insurance embedded in the service or they become commodity suppliers of capacity to, in the first case, auto OEMs which embed insurance at point of sale or lease.

One day, of course, the RoboTaxi fleets will rule the roost with insurance embedded in the service or as product liability insurance. Elon Musk plans that will be Tesla with a lifetime cycle competitive advantage.

Apple, Amazon, traditional OEMs VW/Daimler/Toyota/GM/PSA et all and other enterprises will fight that corner.

Insurers better plan ahead to stay ahead.

Digital transformation and disruption: the future of cars

How trucks became the next battleground for self-driving technology

The Magic Realism of Tesla

Toyota chief Akio Toyoda said in March that Apple should prepare itself for a 40-year commitment if it offers cars to consumers. This makes sense, especially if the goal turns out to be not merely to create a car, but to replace a significant portion of the world’s 1.4 billion cars with a completely autonomous, emissions-free, radically transformed transportation system. In other words, a trillion-dollar revolution—and Apple’s already pulled off one of those. 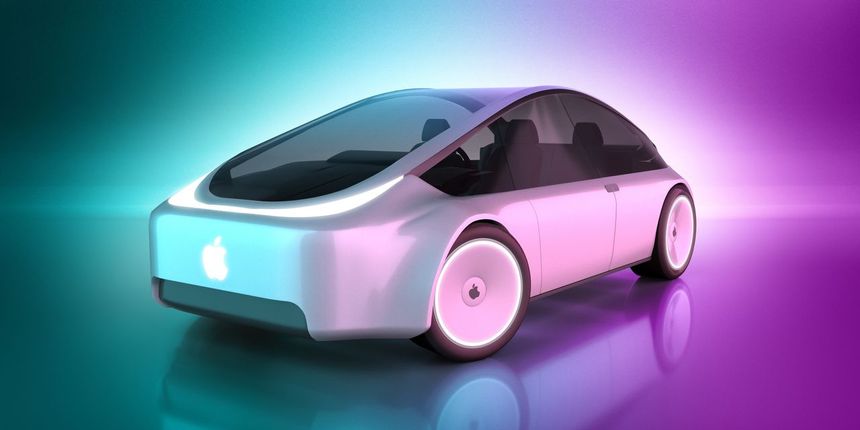 Cars are turning into data centers on wheels. And this makes them upgradable solely through software.

But there’s a problem: traditional automakers are bad at software. via @mims https://t.co/liumPLwy6W

Transformation in the #automotive industry > Underlying #Apple persistent interest in #mobility is the reality that today’s cars are becoming “#smartphones on wheels.” https://t.co/X8bjbte9As? pic.twitter.com/9GXGA9egcv