Liberty Mutual Insurance, one of the world’s largest property and casualty insurers, has partnered with self-driving tech firm TuSimple to assess the comparative safety of autonomous trucks.

“We believe the benefits of autonomous vehicles are powerful and will play a vital role in reducing the number of truck-related fatalities in the future,” said Jim Mullen, chief administrative and legal officer at TuSimple. “Given most accidents are caused by distracted, impaired and fatigued driving – factors that are eliminated by autonomous trucks – we expect the data to reveal significant safety advantages when TuSimple’s autonomous driving technology is applied.”

This comes after a significant announcement of the tie-up between Volvo Trucks and Aurora . In March this year  Aurora announced it had signed a multiyear partnership with Volvo Trucks — a win that comes just two months after the company struck a similar partnership with Paccar, the maker of Peterbilt and Kenworth heavy-duty trucks. Paccar and Volvo are two of the big four truck manufacturers in the world, with a combined market share in the US of more than 50 per cent. Partnering both underscores that Aurora is now a big force in driverless trucking, where it expects to have its first commercial product.

" The business case for disrupting the $800bn US trucking market is clear. Two-thirds of America’s consumer goods are transported to market by trucks, but labour laws limiting drivers’ working shifts to a maximum of 11 hours mean that longer journeys must often be broken up across several days. The trucking industry is also fragmented, with 200,000 companies spread across the US. Ninety-five per cent of these have fewer than 100 trucks, according to Bob Biesterfeld, chief executive of CH Robinson, a leading freight group and brokerage."

The dreams of autonomous cars and robotaxis are likely to be hindered by regulatory authorities and the lack of standardisation amongst different auto OEMS. Trucks and freight haulage arguably offer an easier opportunity.

"Trucks drive 170bn miles on highways every year. This is a smaller number than passenger car miles but still a massive opportunity"

18-wheelers spend the bulk of their time on the same monotonous highways. “It’s basically a straight road where you’re not really even shifting gears, much less having the opportunity to run into a building,” said Annie Kadavy, a partner at Redpoint Ventures, who previously led strategic operations at Uber Freight.

Don Burnette, a former Uber software engineer who now leads Kodiak Robotics, a driverless trucking start-up, said trying to solve every conceivable edge case is what trapped the leading autonomous car companies into a “demo mindset” instead of developing viable commercial applications that could compete with Uber. So instead, Kodiak aims to build “transfer hubs” near the highway in which a standard truck driver would carry freight a few miles to the hub, then swap the freight to an autonomous truck that would carry it, say, 300 miles to the next hub, where another truck driver is waiting.

This is why autonomous driving may well start with trucks over the highways of North America and the autostrada of Europe. Even though Elon Musk has achieved the most progress with autopilot software and the most ambitious goals for robotaxi fleets and auto buying leasing/ mobility services Tesla may also pioneer AVs in AV trucks.

RoboTaxis or RoboTrucks first? What do you think?

TuSimple and Liberty Mutual will work together to study how autonomous technologies perform compared to the same types of trucks controlled by human drivers. 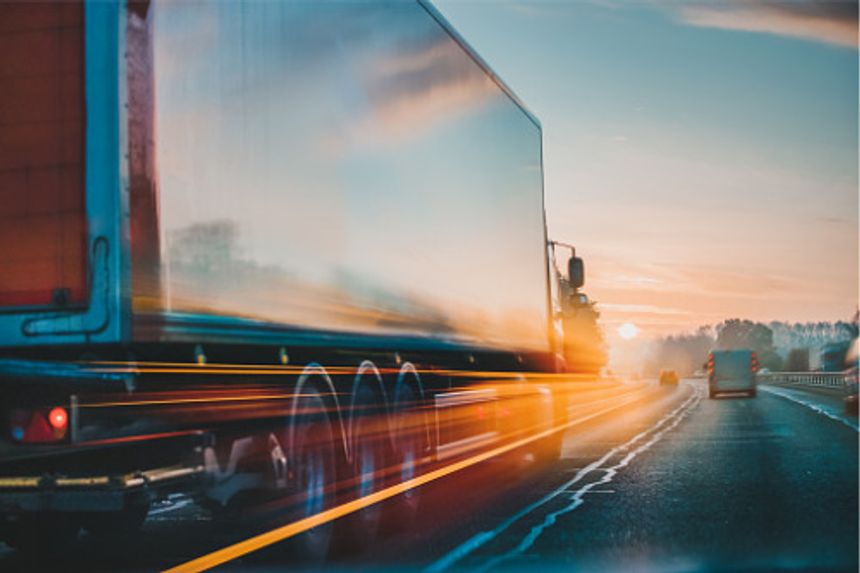 @LibertyMutual, one of the world’s largest property and casualty insurers, has partnered with self-driving tech firm @TuSimpleAI to assess the comparative safety of autonomous trucks. #insurancenews https://t.co/ZxZoX2tBNe