Lyft will not be the first nor the last company to fail to beat the hype cycle dilemma- in this case robotaxis.

It's not that robotaxis won't be a major aspect of future ecosystems- just that it will take longer. Elon Musk and Tesla are strategically implementing a robotaxi strategy in parallel autonomous electric vehicles. Toyota is following the same long-term strategy.

Both Tesla and Toyota have all the building bricks to lead these evolving ecosystems.

Elon Musk is by far the archetypal disruptor without the legacy chains of the internal combustion engine and is by far the first mover leader in vehicle software, online software updates and autonomous systems. Musk has parallel capabilities in internet connectivity (Starlink), underground tunnels (The Boring Company) to mention only two.

Toyota is the originator of lean manufacturing, was early into "mobility services",  is riding at least two horses in self-driving software vendors and has its dominant  global market position to exploit. This innovation battleground is fascinating and impacts all players involved in travel, driving, mobility and connectivity. The other major auto OEMs are also playing out their strategic hands of cards.

VW, Daimler, GM, PSA, Geely.  All want a big share in the revenues from mobility services. All want to monetise the data generated by the connected vehicle and driver. All want to embed insurance at he point of sale whether as a new vehicle, second-hand vehicle or recycled vehicle.

Embedded insurance is both an opportunity and a threat for insurers.  As product innovation quickens and customers behaviour changes the number of permutations increase geometrically. From the traditional annual auto insurance policy to insurance by the mile.

On April 17th The Economist described the changing nature of travel.

"Today the picture looks different. Of the five most valuable firms in the moving-people-around business only two, Toyota of Japan and Volkswagen of Germany, are established carmakers. Ahead of everyone by a country mile is Tesla, an American company that has disrupted the car industry by turning electric vehicles from an unsightly curiosity (remember the g-wiz?) into a serious challenger to the internal combustion engine. Rounding off the top five are not carmakers at all but Uber, an American ride-hailing giant worth over $100bn, and Didi Chuxing, a Chinese one that on April 10th was reported to have filed confidentially to go public in New York and hopes for a similar valuation.

After being slow to react to the threat from Tesla, legacy carmakers are—just about—getting to grips with electrification. Now another disruption lurks around the corner. Changing habits and technology are forcing car companies to rethink how their products are sold, used and owned. In a sign of the times, the boss of Volkswagen, Herbert Diess, concedes that “ownership is not necessarily what you want. You want a car when you need a car.” Competitors are elbowing in; Didi is expected to be the star turn at the Shanghai Motor Show later this month. The private car is not obsolete. But the future business of “mobility”—as the industry has rebranded getting from a to b—will involve much more besides."

Enterprises that can master granular data and reward the "owners" of such data to share it in return for monetary reward stand to ride the wave of mobility as a service.

Lemonade entering auto insurance is such a company. It might not be the eventual winner but it is surely a pointer to the future.

Tesla is intent of joining all the digital dots of vehicles, drivers, insurance, repair networks, recycling and upgrading the Tesla parc of vehicles, robotaxis and global connectivity.

Allianz has long championed the connected vehicle, driver, home, pet, household devices etc and with its global clout and digital skunk works is in a position to stake leadership.

The enterprises that design, install and manage the hardware and software in vehicles stand to sit between the vehicle manufacturer and the insurer and become data aggregators and ecosystem accelerators. Adding the personal services and personalisation that both consumers and commercial vehicle operators demand.

In a world where both consumers and commercial organisations increasingly consume mobility by the minute, hour, day the opportunity for insurance tied to smart contracts and granular usage patterns grows. Overlay this with the dependence of driving outcomes to be dominated by software rather than homo sapiens and the emphasis is on the product rather than the person. That would upend insurance.

Back to the start of this article. The changes are not this year and next in the same way that Lyft and Uber cannot speed up the adoption of technology held back by regulation, human resistance and it always takes longer than you think. Change happens gradually and the suddenly.

But change is still happening and those that don't have a strategy today that is evolving , being tested and modified and taking account of current and potential competitors are in danger.

Insurers, repair networks, auto OEMs, software vendors are all heavily involved in automating the process of insurance claims for vehicles involved in collisions and road-traffic accidents. The innovation promises of AI, data scientists, sensors and algorithms all aimed at faster service for customers and lower cost for insurers. Just considering the years it has taken to get to today's offerings is sobering when thinking about the trends we are discussing in this article.

And all the parties involved have not only to consider point solutions like automated vehicle repair and replacement planning but AT THE SAME TIME address the major issues discussed above.

At the very least it behoves insurers and brokers to build the capabilities and resourcing inhouse to make the right strategic and tactical decisions to ensure not just survival but growth and leadership in the wide concept of mobility. There are two courses to map.

New means of getting from A to B are disrupting carmaking

Who will be disrupted by autonomous cars?

How trucks became the next battleground for self-driving technology

Dubai strikes deal with Cruise to roll out self-driving taxis

Lyft is selling its autonomous driving unit to Toyota for $550m, in another example of dashed hopes among ride-sharing groups hoping to build a robotaxi network. The deal expands Toyota’s effort to move beyond pure carmaking into other “mobility services”. 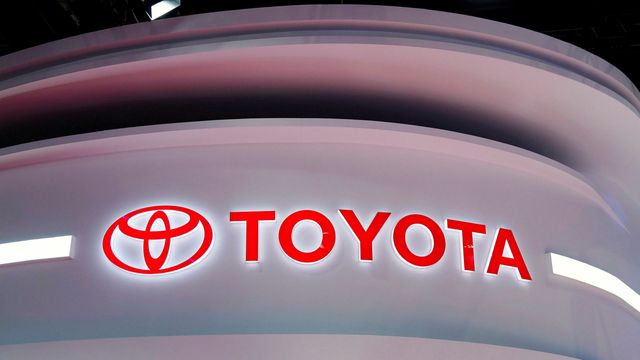 Lyft is selling its #autonomousdriving unit to Toyota Motor Corporation for $550m. https://t.co/XjyDZOnnVt

Lyft is selling its #autonomousdriving unit to Toyota Motor Corporation for $550m. https://t.co/XjyDZOnnVt

“You've got to start with the customer experience and work backwards to the technology.”
Mike Daly