Maarten Ectors raises strategic questions that face every auto and truck manufacturer, mobility services provider, repair network chain, insurer and broker, fleet operator and manager, insurtech and many more types of business. Even if you do not agree with everything you had better have answers and strategies that face up to deep scrutiny or you could join those in threat of disruption. This article was originally published on Medium by Maarten.

For most people it is hard to imagine the changes autonomous cars will bring and the impact on businesses and families, so let us describe the future.

We are 2 to 5 years away from mass produced level 5 autonomous cars. 5–10 years from mass adoption of the car as a service business model replacing owning a car.

Now imagine a £50,000 luxury electric autonomous vehicle [soon EV will be cheaper than Gasoline, so imagine £85K-£100K EV today being £50K], £5000/year on charging, £1500/year on insurance, £500/maintenance (EV=big battery, electric motor, tyres and screen wipers, not 10,000 pieces that are moving or containing explosions), £500/year on washing, £0 on parking. This adds up to £125,000 in a decade. Now let’s split the cost over 5 families which will have a car at their disposal in 2 minutes every time a button is pushed but during rush hour when they go to work they will have to share with 4 others (a luxury vehicle instead of a cramped train or underground). The monthly price will be £250 (includes £25,000 profit for the robot taxi company).

Conclusion: Get a luxury car for the same amount of time as you use a normal car which drives you to work so you do no longer have to pay £200/month in public transport. Thanks to the Boring Company tunnels below any major city, the trip takes half of what an underground previously needed. In the weekends you no longer have to wash a car, go fill it up, find a parking spot, no more insurance worries, breakdown trouble, having to forgo a pint because you are driving, playing taxi for the kids, sleepless nights because a teenage child is using the car, no more of … while you are being driven around in style like as if you had a personal driver.

Think this is too expensive and are you willing to share a mini-bus with 10 others, occasionally wait up to 15 minutes during rush hour, detours and frequent stops? Then the price is £50/month.

Want exclusivity and even more luxury? The price is £2,000/month. This will include a limo style car plus flying to work on a daily basis, permitted the weather allows it.

This is what the future in 10 years can look like.

Who will be on the losing end in this case?

There will be winners in addition to robot taxi companies:

What should future disrupted companies do today?

If you are on the disrupted list what can you do?

1) Pray — If your reaction starts with “Tesla will not be able to…”, “It will take decades before…”, or “Customers will never want…” then you are in the praying strategy category. You are in denial and you are praying that this article is incorrect. You might want to read my article: “Why Tesla will soon be the most valuable company in the world…”. This article was published almost three years ago. In 2008–2010 when working for Nokia (Siemens) Networks I would have many discussions with Nokia Phone colleagues. They would all talk about how Apple will not be able to deliver iPhones at scale.

2) SuperX — if your reaction starts with “We are about to launch a Tesla-killer…” then you are in the supermen and women category. Your super company is going to build its first autonomous driving vehicle and it is going to be better than Tesla’s and Google’s Waymo because …. Whatever the reason is, you are going to fail. You are today still working on an autonomous vehicle which will still have to be sold to millions of people. Tesla has hundreds of thousands of cars producing billions of data points every data. Soon it will be millions of cars. In artificial intelligence whoever has better and more data, wins! There are millions of edge cases in autonomous driving, e.g. if your car sees a rhino what should it do? Probably some Tesla in Africa is currently recording a rhino on the road and the emergency reaction of the driver who shifts in reverse and drives away quickly. If ever a rhino escapes from a Zoo, an autonomous Tesla will likely flag it as a dangerous animal and reverse. Your AI will probably flag is as an unknown object and drive just past it, potentially getting the passengers hurt. Please don’t be a super company, it might get people killed. Uber tried to unleash a self-driving car without enough training and we all know how that ended. Uber is a technology company. Is your company better at technology than Uber? Google? Tesla?

3) The Fujifilm strategy — you realised by reading that you might be in a worse situation than you expected. Just like Fujifilm did when they and Kodak discovered that their film business was doomed. Unlike Kodak, they analysed what their core strengths were and started to create many new businesses in other industries based on them. It was a complex and difficult process. At the end, they grew stronger than before. If you need help to define your Fujifilm disruption escape plan, then I and many other innovators, are happy to help. Just ask…

For most people it is hard to imagine the changes autonomous cars will bring and the impact on businesses and families, so let us describe the future. 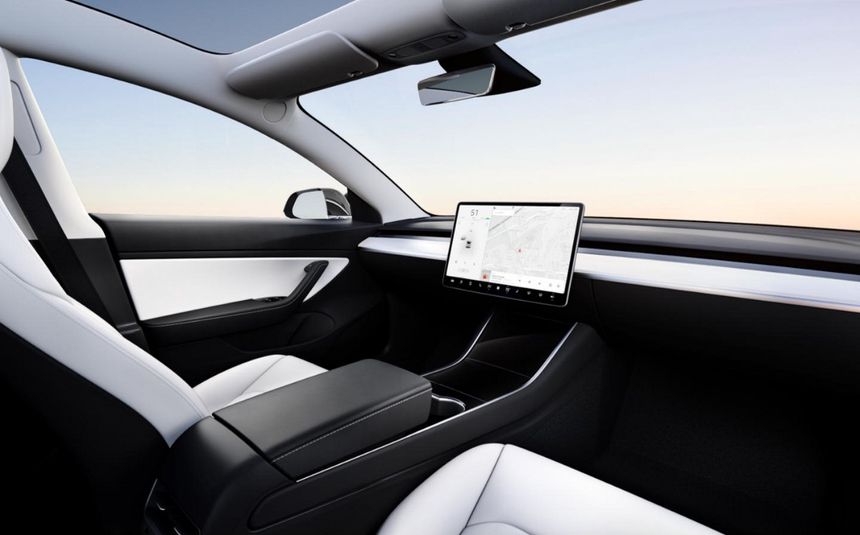 My fourth post of the week on the #futurecar answers a sceptic on driverless cars as part of my #AskAFuturist series. I explain whether we will ever have autonomous vehicles, and why he’s right to be sceptical. https://t.co/kblnew7NfU pic.twitter.com/DSYIsQUPRz

Not to say these are impossible questions to resolve, but no automaker would dare manufacture an autonomous vehicle for use on public roads until these issues are 100% settled, no insurance company would insure one, no fleet operator would buy one, etc

- the Insurance cost can be optimised by continuously improving the autonomous functions, by reducing repair costs through improved vehicle design, and by improving all aspects of vehicle safety pic.twitter.com/GjyKsLTyxx