Not quite an ecosystem but a step in the way.

CCC has worked with State Farm for more than 25 years and has worked with most of the repair facilities within their network for many years as well,” CCC spokeswoman Michelle Hellyar wrote in an email Tuesday.

But she said the transition shouldn’t be difficult for CCC newcomers.

“Repair facilities new to CCC ONE will experience a simple onboarding and implementation process, ensuring they can get value from their new technology quickly,” she wrote. “By being on CCC ONE and the CCC network, repair facilities can support the State Farm program and other DRP programs in which they participate.

“We suggest shops begin the onboarding process soon to ensure they are ready and proficient as a participant on the State Farm program.”

The change also raises the question of which platform the insurer will use internally going forward. We’ve been told the carrier had used Audatex, but the email suggests an affinity for CCC.

State Farm has dropped its platform-agnostic policy and will require Select Service collision repairers to use CCC by next spring, calling it a matter of customer service and streamlining. “While State Farm has historically allowed repairers in the Select Service network to use any of the three major estimating systems, this approach can cause inconsistencies and duplication,” the insurer wrote to direct repair program auto body shops in a Monday email provided to Repairer Driven News. State Farm is by no means unique in this regard. Other insurers and certifying automakers have required partner collision repairers to use specific estimating platforms as well. A 2019 Collision Advice-CRASH Network “Who Pays for What?” survey found 83.7 percent of responding shops had CCC installed. 27.9 percent used Mitchell, and 23.7 percent ran Audatex. (30.3 percent of responding shops had multiple estimating services.) 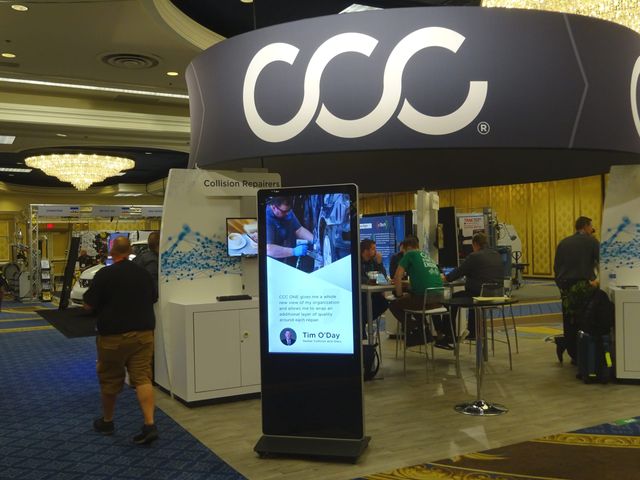 Who will be disrupted by autonomous cars?
Mike Daly