The general insurance market has been hyper competitive since the day you probably joined it but never has a combination of regulatory, operational and technological challenges presented such a threat.

A key question in the back of many minds must be: -

'How do we remove some of those threats not only cost-effectively but with a minimum of hassle to the insurer?'

To that might be added 'How do we speed up the rate of innovation and constant improvement' when the cost of maintenance of core systems takes up the great majority of technology spend?

You have got to ask how sustainable are the business models of core platform vendors that charge insurers tens of millions in Dollars, Pounds, Euros and then charge again for major upgrades that freeze the whole system for weeks on end.

Do you remember the days ERP vendors made enterprises and public sector organisations hostage to that kind of model? Then up popped Salesforce.com with its 'No-Software' slogan and completely cloud-hosted ERP that could start small, involve no burdens on central IT and scale as fast as the enterprise could deploy.

Salesforce.com upended the market and the same is happening today in the insurance market place. The ability to tackle the gaps in today's current core systems by starting small and fast, testing and iterating to deploy the benefits and functionality customers actually want is the competitive edge insurers deserve.

The big obstacle has been the ever-growing and never-ending list of requests on IT. You may have heard the apocryphal  tale of a CEO's  'Pit of Despair'.

This is every one of the list of a hundred or more development projects IT faces from the business. Numbers one to twenty have a chance of making it but twenty-one onwards fall into the pit and rarely emerge. For as every one of the twenty get deployed another new and 'must have' project hits the list.

An answer is there in the form of software and platforms proven to obviate the need for coding. Empowering 'Citizen Developers' to configure rather than code. These Citizens can be technical, from the central and line of business (LOB) IT teams or business- typically business analysts.

The meteoric rise of Unqork and its funding by Google are testament to the competitive advantage these apps deliver.

It means that key tasks #21 onwards can be tackled in plain English ( or other native language) from the citizen developer's laptop with the advantage that they combine business and innovation skills in one process to address the traditional gaps in understand between LOB leaders ideas, the translation into specs that are then interpreted by IT developers in a way that when the end result is demoed back to the business creates disillusion rather than delight. More slow iteration and redesign rather than deployment. More pit of despair rejects.

The Citizen Developer approach brings IT and LOB into a collaborative mode with a much better chance of meeting the needs of the business and, more importantly, the customers.

That gives free rein to creativity without loosing governance and compliance control in a highly regulated and compliant business.

And maintaining this virtuous circle of constant improvement, iteration and innovation. At an affordable cost. It encourages experimentation and lends itself to starting small and growing wider and deeper as the improvement numbers do the talking in weeks and months instead of months and years.

The process is made easier and faster when the insurers can leverage business accelerators- the technology partner bundling in pre-built vertical knowledge and solutions. 360Globalnet does that with:

The jargon to describe this approach is low-code/no-code. Which is strange as there is much code there but it is hidden away offering simplicity by handling the complexity itself.

Unqork, 360Globalnet and others have changed the core platform landscape so that IT can still deliver on its role as custodian of the IT Estate, delegate innovation to LOB teams without loosing control and leverage 'No-Code' itself to address the pit of despair.

The only despair might be those core platform vendors unable to rely on the long and expensive deployment and upgrade model to keep their revenues up.

Insurers are facing another big increase to compensation bills after the Court of Appeal ruled that they will have to pay out more to people who need to change their accommodation because of an accident. The decision will heap more pressure on insurance companies, which are already dealing with wide-ranging changes to the way that compensation payments for accidents are set. Local authorities, which deal with claims against highways authorities, are also likely to be hit. 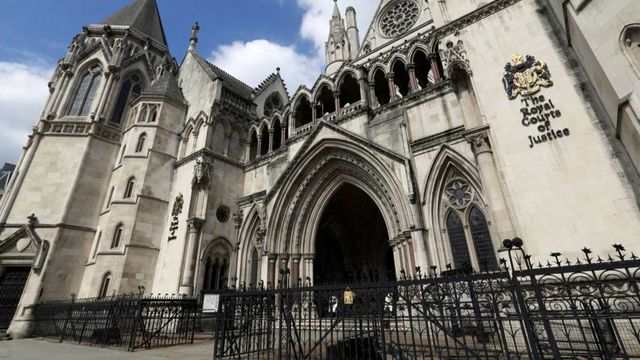